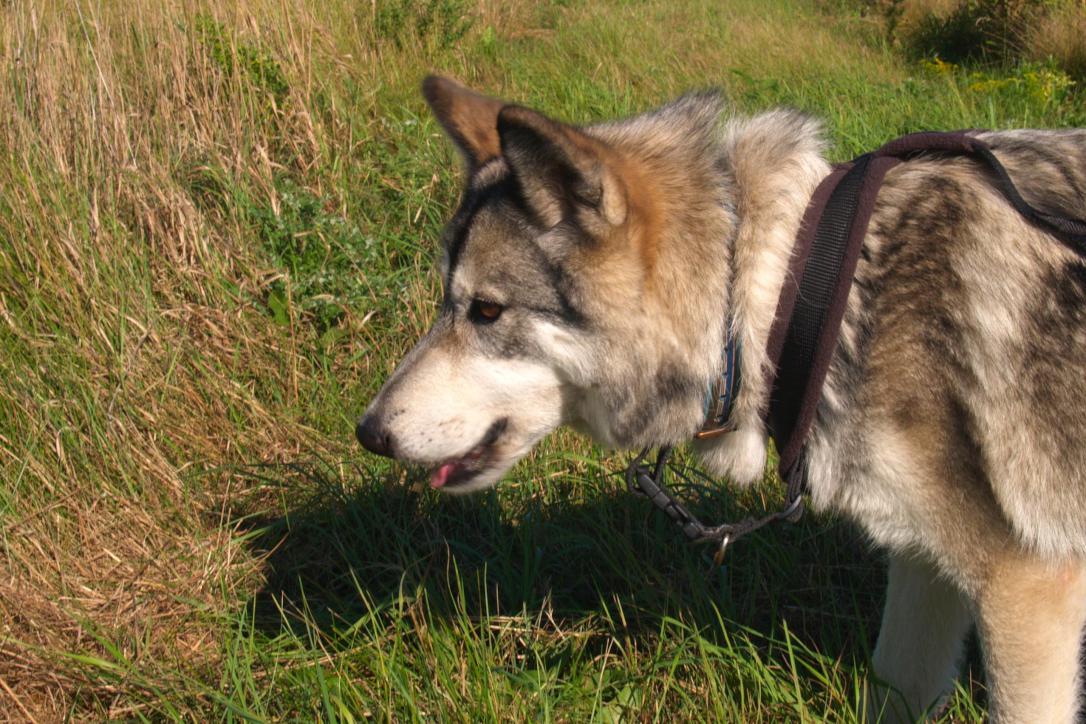 Shila is an unusual dog who is nice but also quirky and difficult to care for. She was an “unadoptable” dog at a dog rescue I used to volunteer at, until the rescue was forced to close down in 2016 due to the founder of the rescue having health problems. After unsuccessful attempts to find a new home for Shila, I decided to adopt her, since she was already familiar with me from the years I had walked her at the rescue.

I was living in an apartment near Buffalo at the time, and Shila is not an indoor dog who can be kept in an apartment. In order to adopt her, I moved in with family in Wisconsin in 2017, built an outdoor kennel for Shila there, and drove Shila to Wisconsin on August 13, 2017, in a rented van I had converted into a mobile dog kennel.

It took five months for Shila to get accustomed to her new home. To help her settle in, I ended up building a tipi next to her kennel and sleeping outside each night so that she wouldn’t start howling. This became difficult as the temperature dropped down below 0°F (-18°C), since the tipi was not heated. I slept in a sleeping bag stuffed inside another sleeping bag, underneath several layers of blankets. We did manage to make it through the winter, and Shila has since become very comfortable in her new home.

For recent updates about Shila, see the following link: 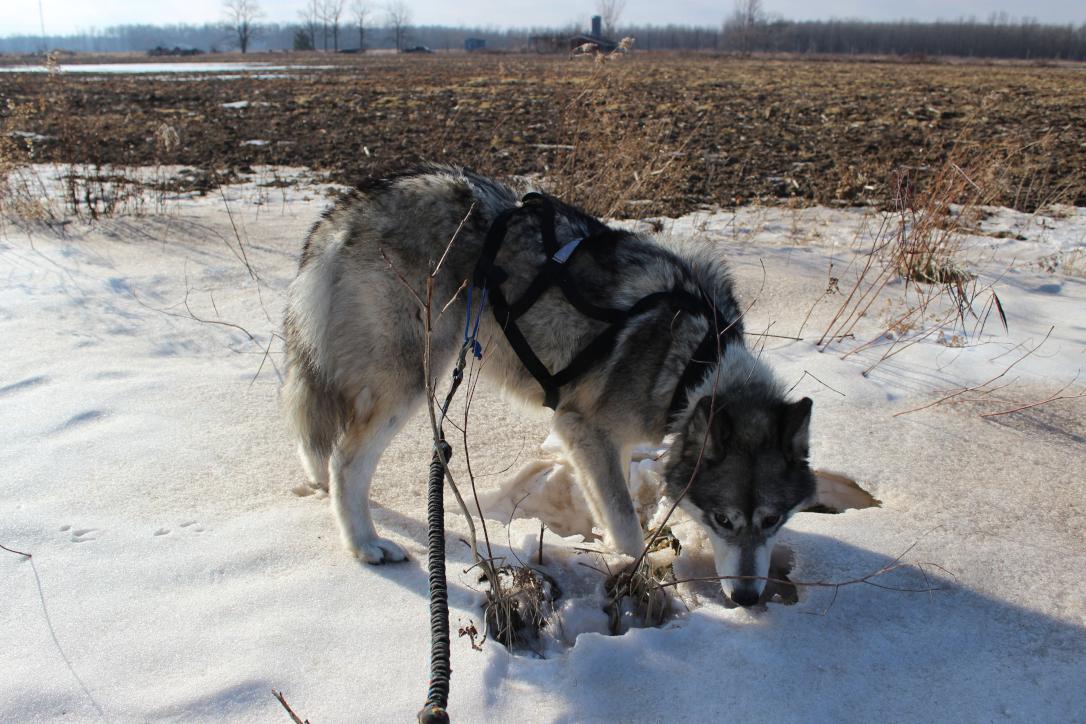 Shila in a sled dog harness.

Shila is a “counterfeit wolf.” She looks like a wolf, but she is actually an Alaskan Malamute mix. Shila is very friendly with people and good with puppies. She sometimes has issues with other dogs. (Fortunately, she gets along well with our beagle mix Barkley.) She spends several hours inside our house each day, but she doesn’t like staying inside too long and prefers long walks at the park and resting in her outdoor kennel. Shila has thick fur and loves cold weather, though we do take her in and have her sleep in the greenhouse if it gets too cold in winter.

Shila has a beautiful voice and loves to howl. We like the howling, too, just so long as she doesn’t howl in the middle of the night! To hear Shila howling, watch this video. Shila’s favorite hobby is nursing blankets, shown in this video. She also likes collecting blankets, and will steal them right out of the laundry. A bit of an odd hobby for a big dog like Shila, but hey, why not? 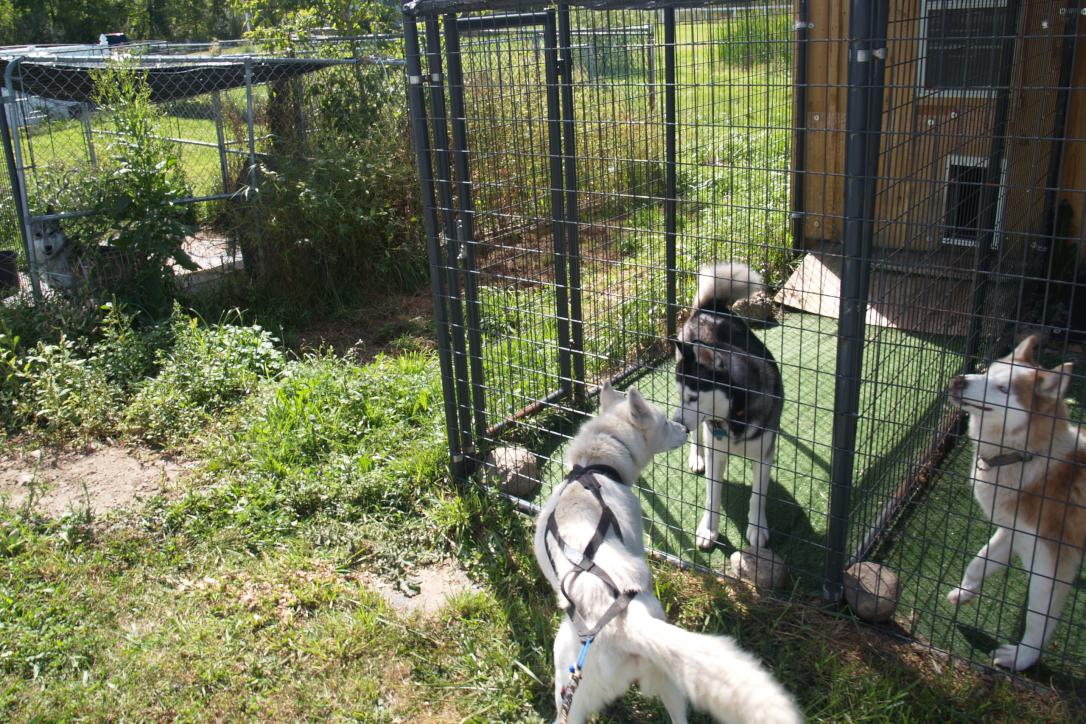 From left to right: Shila (in upper-left kennel), Sarge (white), Desmond (black and white), and Mohawk (reddish and white).

Shila was born some time around 2005. She was discovered on the side of a road in Connecticut in a kennel with a sign saying “take me.” She eventually ended up in a husky rescue in western New York called Epic Blue Acres. I encountered Shila for the first time when I started doing volunteer work at the rescue in 2011. I walked the regular canine residents of the rescue – Sarge, a white husky; Mohawk, a reddish husky; and Shila – each week.

This happily continued until 2016. As described at the top of this website, the rescue was forced to closed and I eventually decided to adopt Shila, who was the last dog remaining in the rescue. (Sarge and Mohawk had passed away of old age in the meantime.) I designed and built special outdoor kennels for Shila, complete with an outer kennel “airlock” and a perimeter fence to deter stray neighborhood dogs and the local coyote pack. My mother Mech and I transported Shila to Wisconsin in a single, 12-hour, 650-mile (1,050 km) drive, arriving just after midnight on August 14, 2017. 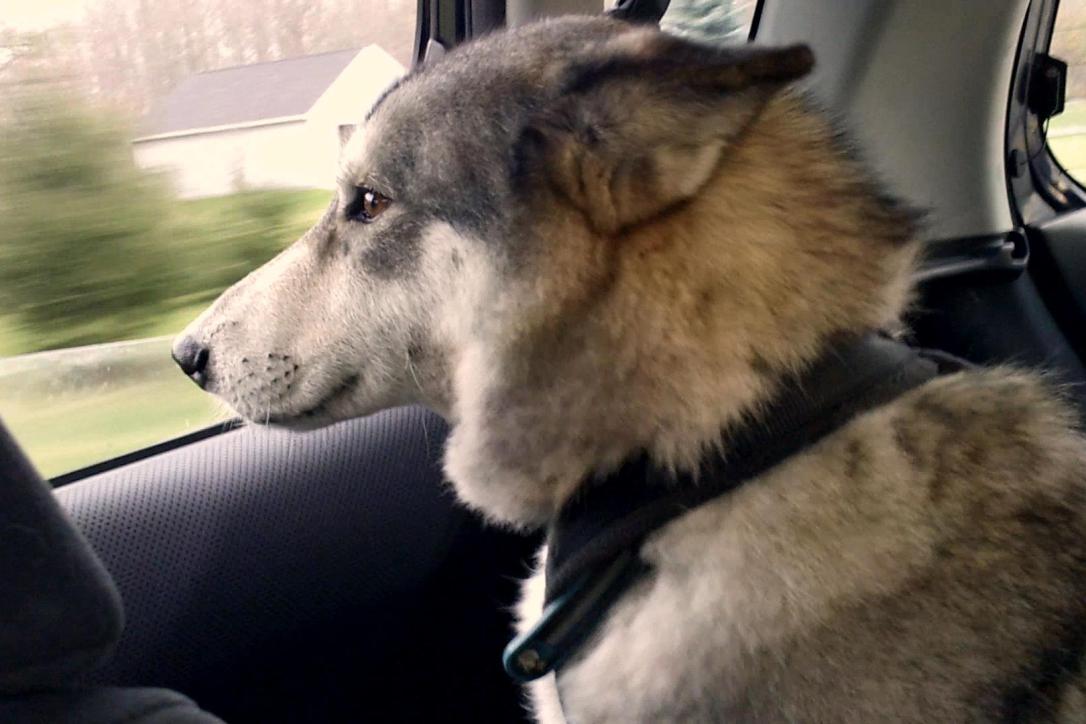 Shila on her way to the park.

Shila and I thank you for stopping by.